Directions:
Study the following line graph which gives the number of students who joined and left the school in the beginning of year for six years, from 1996 to 2001.
Initial Strength of school in 1995 = 3000. 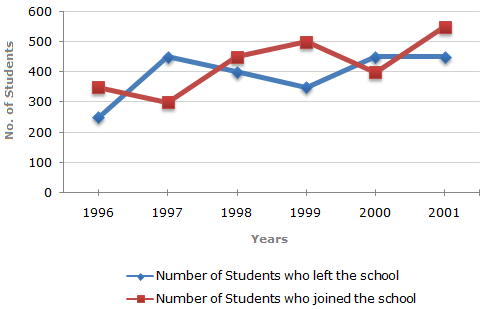 Question:
During which of the following pairs of years, the strength of the school was same?